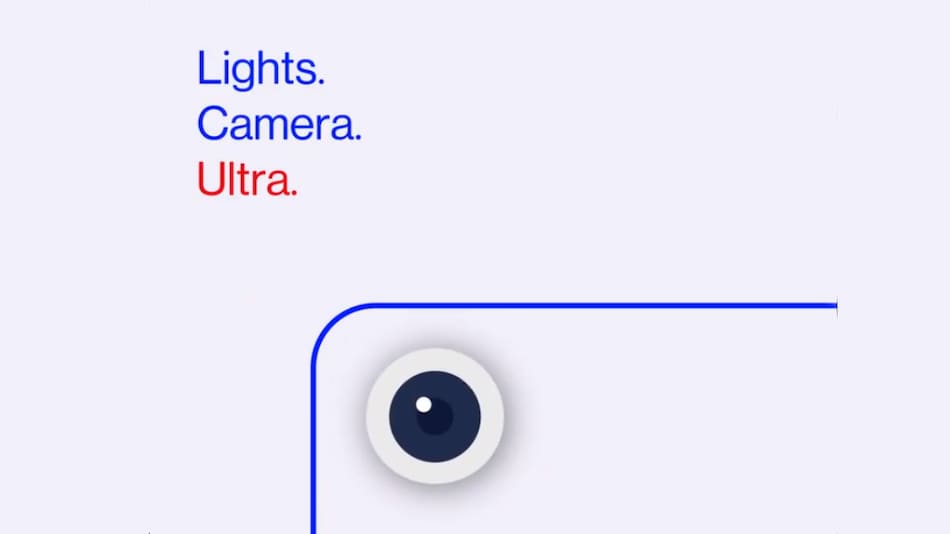 OnePlus 8T is likely to sport an ultra-wide-angle front camera, a teaser video indicates. OnePlus tweeted a short video clip that hints at an ultra-wide-angle selfie snapper situated in hole-pinch cutout in the top left corner of the display. The company hasn’t delved out any information on the resolution of the camera, and we’ll have to wait for a few more days to get official information on the same. The OnePlus 8T will be launched at a virtual event which is scheduled on October 14.

The tweet shared by OnePlus has a small video clip which shows a smartphone, which is allegedly the OnePlus 8T, with hole-punch display. There is a camera inside the hole-punch and the text aligned to it reads, “Lights, Camera, Ultra”. This may be a reference to an ultra wide-angle selfie camera, though the blinking red light that is sign alongside the lens in the video may be referring to a focussing or colour correction method, or even a new video recording feature. The company hasn’t shared any other information in this regard and the megapixel count of the camera in question remains unknown. The recently-launched OnePlus Nord features two front cameras — 32-megapixel wide camera and an 8-megapixel ultra-wide snapper.

The OnePlus 8T will feature a 6.55-inch display with 120Hz refresh rate. Under the hood, it is likely to come equipped with Qualcomm Snapdragon 865 SoC, paired with up to 12GB of RAM and up to 256GB of onboard storage. The phone may be offered in two colour options – Aquamarine Green and Lunar Silver.

For photography, the phone may feature a quad rear camera setup which may include a 48-megapixel primary sensor with optical image stabilisation (OIS). It is claimed to be assisted by a 16-megapixel sensor, a 5-megapixel shooter, and a 2-megapixel snapper. For selfies, the OnePlus 8T may sport a 16-megapixel camera at the front.