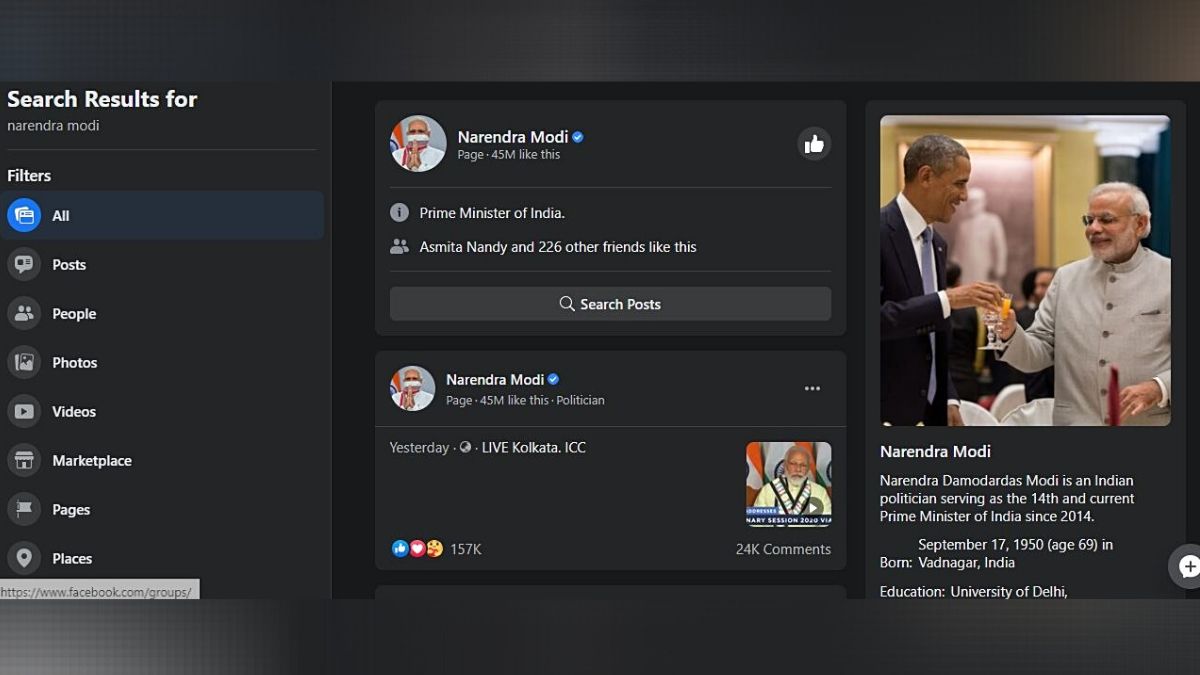 Facebook is adding Wikipedia-powered knowledge box on the platform that displays information about public figures, places and interests — like movies and TV shows. With this development, the social media giant hopes to keep their users inside its platform when they’re looking for information about topics that they would normally turn to Google or Wikipedia to find. Facebook has confirmed to a publication that the feature is a “pilot program” that is available for desktop, mobile Web and iOS. The knowledge box feature is similar to Google’s Knowlege Panel that displays information about the particular topic, next to the search result.

How does the knowledge box feature on Facebook work?

The feature works with the regular search bar on Facebook, available at the top of the screen. For instance, if you look for Narendra Modi in the search bar, Facebook will display a small knowledge box (or panel) on the right side with information gathered from Wikipedia – similar to Google’s Knowledge Panel present at the right side of the search page. The box also contains links to the topic’s (in this case Narendra Modi) Facebook and Instagram page along with “also see” links. As Facebook is still testing this feature, we might see the addition of more information to the knowledge panel such as related books, official websites and so on, once it is upgraded.

The new search feature by Facebook was confirmed to TechCrunch and was first reported by SocialMediaToday. It is said to be a pilot programme therefore, it is likely many users may not be able to see the information panel yet.

Similarly, the platform is currently relying on Wikipedia therefore, the source of information is also limited. The company’s competitor Google, for instance, display information such official website link, public profile links such as LinkedIn, YouTube, Twitter and so on. Additionally, information about popular topics is also limited. For example, if you search COVID-19, Facebook will display its own information hub whereas Google provides vast search results about the same topic.

The search feature also does not work with languages other than English.

For starters, users on Facebook won’t be required to switch platform to gather factual information about a topic. Presenting information in the sidebar could also help Facebook curb the spread of misinformation on its platform to a certain extent.

With the knowledge panel feature, Facebook will also try to redeem itself after it blocked the access to graph amid the Cambridge Analytica scandal. The graph search allowed users to find Facebook posts about various topics.