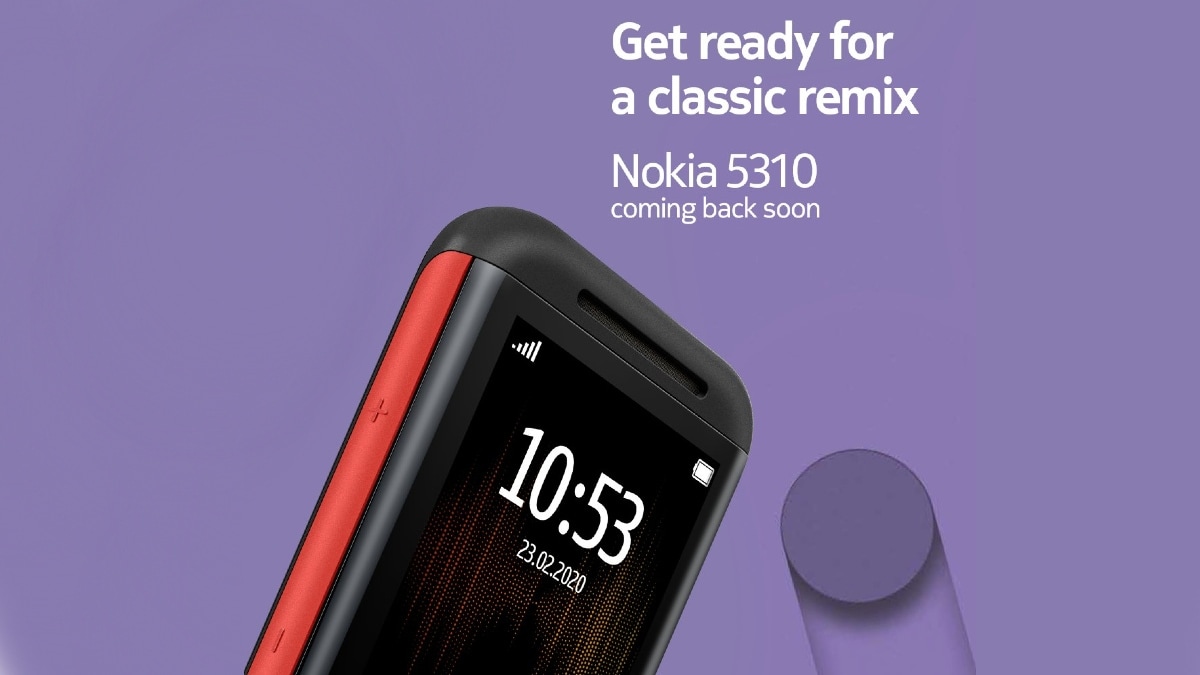 Nokia 5310 feature phone is teased to launch in India soon. HMD Global has taken to Twitter to announce that the recently unveiled Nokia 5310 is making its way to the Indian market. The Nokia 5310 has a unique multi-coloured design with playback controls for music on the side, and two front firing speakers. The phone is touted to last for up to 30 days of standby time and is equipped with a 1,200mAh removable battery. The Nokia 5310 is inspired by the classic Nokia 5310 Xpress Music that was unveiled back in 2007.

The Nokia Mobile India Twitter account has announced that the Nokia 5310 feature phone is making its way to India. The tweet teases that the phone will launch soon, but doesn’t reveal the exact launch date. The Nokia 5310 made its global debut in March, and now the phone is launching in India as well. The tweet reads, “The countdown to the remix has begun. Are you ready to #NeverMissABeat?” The picture attached claims that the phone is ‘coming back soon’ hinting at the reincarnation of the classic Nokia 5310 Xpress Music device.

HMD Global has also started taking registrations of interest for the Nokia 5310 on its official Indian website. The page has a video showing off the device and its features, and users can register to get notified for when the phone becomes available. The Nokia 5310 will come in White/ Red and Black/ Red colour options.

Because the Nokia 5310 has already been unveiled, its specifications and features are already known. The feature phone comes with a 2.4-inch QVGA display with dual front-facing speakers and physical keypad. The phone is powered by MediaTek MT6260A SoC paired with 8MB RAM. The phone runs on Nokia Series 30+ software and has an internal storage of 16MB that is expandable up to 32GB via a microSD card. The phone comes in dual-SIM and single-SIM options with support for Mini-SIM card type.

Nokia 5310 has a VGA camera with flash on the rear and supports features such as MP3 player and FM radio. There’s a 1200mAh removable battery that promises up to 30 days of standby time (single-SIM unit). The feature phone measures 123.7×52.4×13.1mm and weighs 88.2 grams. It supports a 3.5mm audio jack. Other connectivity options include Bluetooth v3, FM Radio, and Micro USB port.