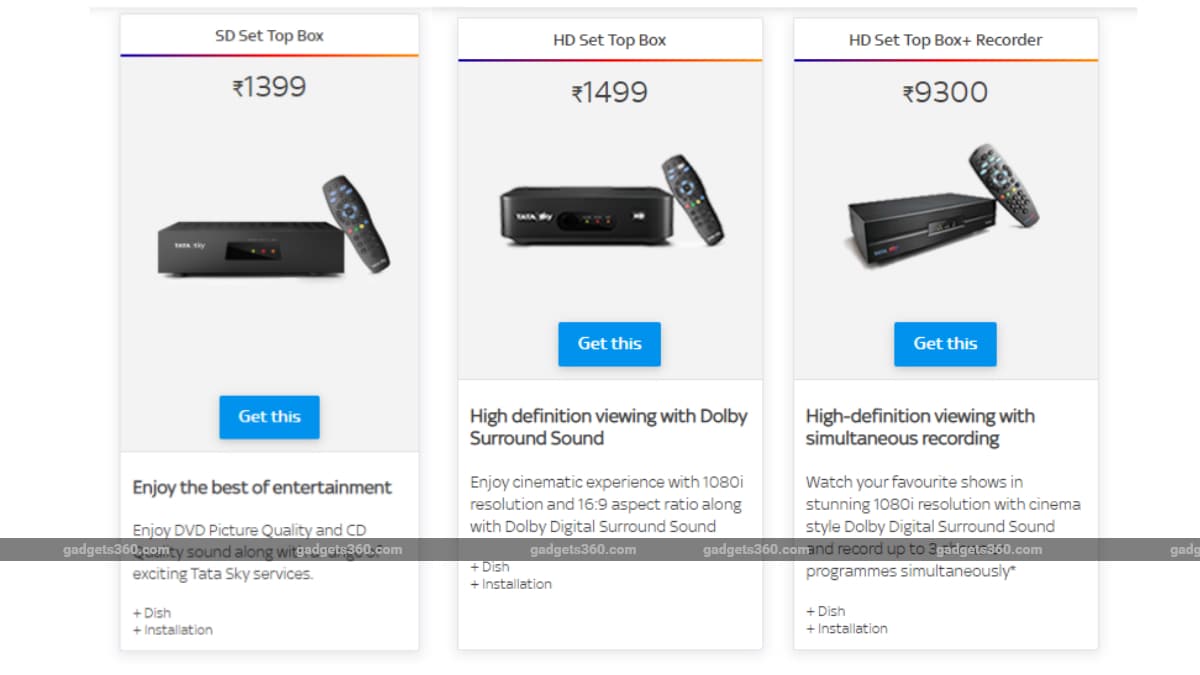 Apart from the SD and HD set-top boxes, Tata Sky is also offering the Tata Sky 4K set-top box at Rs. 6,400 and the Tata Sky HD Box+ Recorder at Rs. 9,300. Recently, Tata Sky was also reported to be working on an Android-powered set-top box. It is tipped to be called Tata Sky Binge+ and it should compete with Airtel Xstream Box and Dish SMRT Hub in the market. The set-top box was expected to launch on December 16 this month, but that didn’t happen.