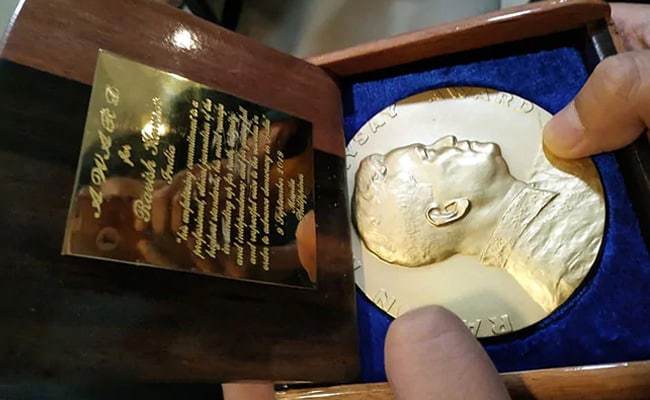 This photograph of Ramon Magsaysay Award 2019 is dedicated to you. In these tough times, you have supported us. I have received this award, but in reality, it belongs to you readers and viewers. I am not talking of viewers as mere formality. Allow me to repeat – you are all “shaandar”. You take time out for Prime Time, for NDTV. Watching me on Prime Time at 9 pm is part of your routine. When I go on leave, you seek me. It is amazing how viewers never go on leave. They want to see and hear me.

After 25 years in the profession, I have understood that being a reader or viewer is a task of great responsibility. I have seen people reluctantly flipping pages of newspapers every day, out of habit. I have seen many who carry their newspaper to the toilet. For others, a newspaper is about flipping a few pages while going about daily chores, tuning into a news channel is a way to ward off boredom. But these people cannot be called readers or viewers. A good reader or viewer is a person who is alert about her newspaper or news channel. A good reader or viewer will never waste her hard-earned money in watching or reading just anything. She is serious. She will have to think if the news she is consuming is journalism or sycophancy.

In various parts of the country, I have observed people huddled around a single copy of a newspaper. There is one television set and many are watching it. Watching people getting absorbed in news, I have learned that if the media wants, it can empower citizens with its brave questions. It can make India’s democracy more alive. A scared journalist produces a lifeless citizen. If our news is scared of the government, it is great injustice to readers and viewers who have been cheated in the name of news.

I missed you in Manila. When journalists asked me if the subjects I cover garner ratings, I replied that my viewers are different. Like you consider me one of your own, I consider you an important part of my life.