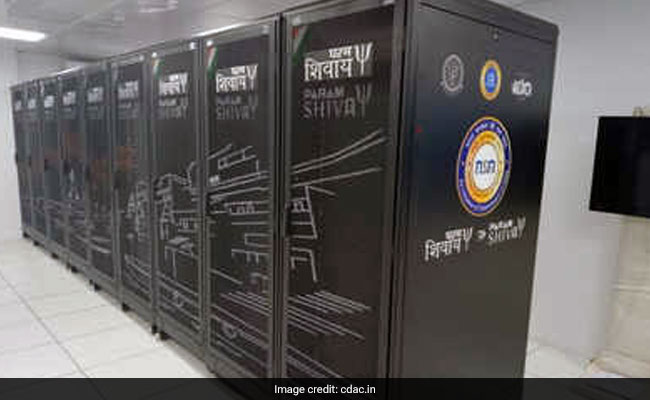 New Delhi: India is building supercomputers instead of procuring them from foreign countries, Department of Science and Technology Secretary Ashutosh Sharma said on Thursday.

Two computers are already functional at IIT-BHU and IIT-Kharagpur (1.6 petaflops), while the third will be assembled at the Indian Institute of Science Education and Research, Pune by the end of the week.

In an interaction with reporters in Delhi, Mr Sharma said the project is worth Rs. 4,500 crore and it is being implemented in three phases.

Under phase one, the initial plan was to buy three computers and build three. However the purchase was delayed, leading to an escalation in cost which prompted the DST to go for the “build” model with greater integration and focus on indigenisation, a senior scientist said.

Accordingly, the Centre for Development of Advanced Computing (C-DAC) floated Request for Proposal and a company procured material for six supercomputers.

C-DAC is also credited with building the first supercomputer, Param, in India.

“The original plan was to import supercomputers but the last three years give us the confidence that we can start building them ourselves. So the new direction is six supercomputers are being built in India,” he said.

Mr Sharma said under the phase one, integration and assembly is being done at the motherboard level.

The second phase would kickstart next year and most of the parts would be assembled and integrated within the country, except the chips, Mr Sharma said.

“Under phase three, we will be pretty much making your own supercomputer, except the chips,” Mr Sharma said.

With every step the level of indigenisation will increase.

Elaborating on the import of the chips, he said it would be designed within the country.

In 2015, the government approved the National Supercomputing Mission under which it was envisaged to have supercomputers in different institutions across the country to facilitate research involving high-power computing.