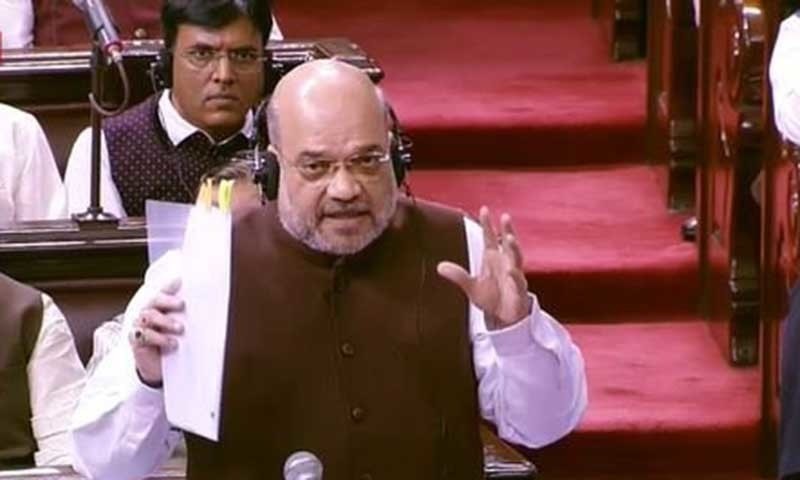 The bill to split Jammu and Kashmir into two Union Territories sailed through Lok Sabha on Tuesday, with some opposition parties walking out, bringing down the majority mark, and others siding with the government. Amid a political storm that started on Monday morning since Union Home Minister Amit Shah’s announcement in parliament, the resolution was passed through a division of votes – 370 members voted in its favour and 70 voted against it.

Having already been passed in the Rajya Sabha, the bill now awaits Presidential assent before becoming an Act.

Amid a huge troop build-up leading to unrest in the state, the government on Monday morning announced that special status to Jammu and Kashmir under Article 370 of the constitution has been removed by an order from President Ram Nath Kovind. He also announced the government’s bifurcation plan that involved splitting the state into two Union Territories – Jammu and Kashmir, which would have a legislature and Ladakh, which won’t have one.

Prime Minister Narendra Modi hailed the clearance to the Jammu and Kashmir bills as a “momentous occasion” in parliamentary democracy and said a new dawn awaits the state which is now free from the “shackles” of vested interest groups.

Amit Shah said the union territory status proposed for Jammu and Kashmir is based on an assessment of the “prevailing security situation” fueled by cross-border terrorism.

The Congress had led the opposition protests against the Kashmir decisions along with a handful of parties – the Samajwadi Party, the DMK, Lalu Yadav’s Rashtriya Janata Dal and the Left parties.

Article 370 gave Kashmir its own constitution and restricted the centre’s powers to deciding matters of defence, communications and external affairs. For any other area, the centre had to get the state legislature’s approval.

Kashmir also had, through Article 35A of the constitution, the right to decide through its own legislature who is a permanent resident of the region; it barred outsiders from buying property or claiming government jobs and educational scholarships.

The BJP holds that these provisions are “constitutionally vulnerable” and that they are discriminatory and have inhibited the development of the state.