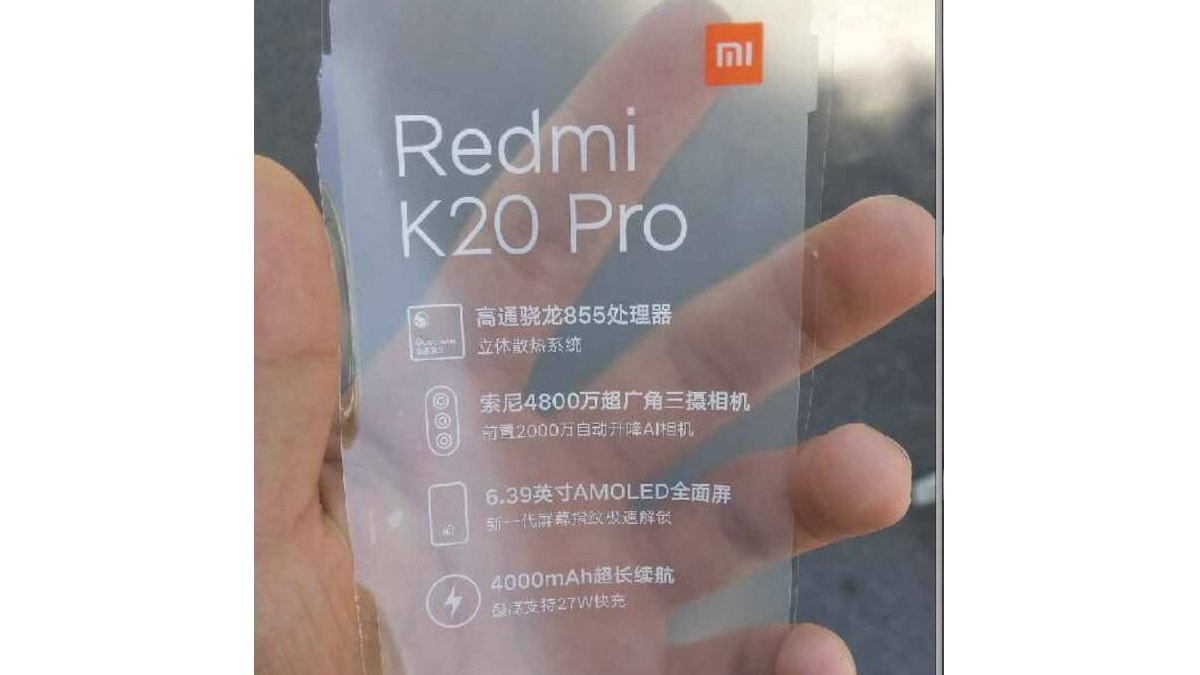 Redmi GM Lu Weibing had confirmed earlier that the upcoming Redmi flagship won’t be called Redmi X. Now, a new leak has surfaced online indicating that the Snapdragon 855-powered phone will be called Redmi K20 Pro. A film protection sheet revealing key specifications of the Redmi K20 Pro has surfaced on Weibo, and it shows that the phone will be powered by the Snapdragon 855 SoC, pack 4,000mAh battery, sport a 48-megapixel sensor, and feature a 6.39-inch AMOLED display as well.

A Weibo leak tips the key specifications on the Redmi K20 Pro pasted on top of a film that is usually laid on a brand new phone inside the box. The specifications note that the phone will be powered by the Snapdragon 855 processor, indicating that this could be the name of the much-rumoured Redmi flagship. Furthermore, the leak tips that the phone will pack a 4,000mAh battery, and it will additionally come with support 27W fast charging as well.

It should come with 8GB RAM, 256GB storage, run on MIUI 10 based on Android Pie, and support 3.5mm audio jack and NFC as well