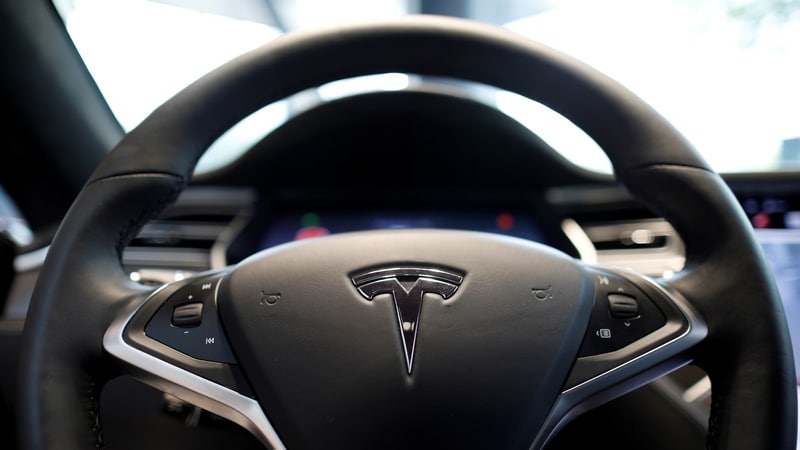 The family of a man killed in a fiery wreck last year while driving his Tesla along U.S. route 101 in California is suing the electric vehicle maker, alleging wrongful death and negligence stemming from failures and false promises of its Autopilot driver-assistance system.

Walter Huang, a 38-year-old Apple engineer, was driving his Tesla Model X SUV in Mountain View, California on Autopilot mode in March 2018 when it sped up to 71 mph and crashed into a safety barrier, killing Huang and leaving behind a heap of charred wreckage.

In a statement early Wednesday, the family alleges that Autopilot was at fault. Tesla has been gradually increasing the sophistication of the driver-assistance system-and has promised “full self-driving” capabilities for its vehicles by the end of the year-but some critics say the Autopilot software gives drivers a false sense of security.

“Mrs. Huang lost her husband, and two children lost their father because Tesla is beta testing its Autopilot software on live drivers,” B. Mark Fong, a partner at Minami Tamaki LLP, one of the firms representing the family, said in a statement. “The Huang family wants to help prevent this tragedy from happening to other drivers using Tesla vehicles or any semi-autonomous vehicles.”

Autopilot is an advanced driver-assistance system with features such as traffic-aware cruise control and lane keeping assistance that are meant to keep the car at speed, maintain a safe distance from traffic and follow road markings. But the family alleged Tesla’s marketing of Autopilot left Huang with an inflated impression of the technology’s capabilities.

Huang “believed the 2017 Tesla Model X vehicle was safer than a human-operated vehicle,” the complaint filed in court said. The suit accuses Tesla of defective product design, intentional and negligent misrepresentation and false advertising, among other allegations.

“The navigation system of Huang’s Tesla misread the lane lines on the roadway, failed to detect the concrete median, and failed to brake the car, but instead accelerated the car into the median,” the statement from attorneys said Wednesday.

The family is also suing the state of California, alleging the state department of transportation failed to replace a crash attenuator guard after a crash of a Toyota Prius 11 days earlier, a component that would have better absorbed the impact of the high-speed collision. Tesla attributed the severe damage, which it described as unprecedented for the Model X, to the lack of an attenuator guard.

A Tesla spokeswoman declined to comment on the lawsuit. Caltrans said it does not comment on pending litigation.

The National Transportation Safety Board in June issued a preliminary report on the crash, concluding that the car was in Autopilot mode and Huang’s hands were detected on the wheel three times, for 34 seconds total, in the minute before the crash. Huang’s hands were not detected in the last six seconds. Autopilot issues intermittent warning cues to ensure drivers are paying attention, and the last such alert came more than 15 minutes before the crash, said NTSB.

The suit further alleged that while Tesla advertised the Model X as “state-of-the-art,” it lacked an automatic emergency braking system that could have prevented a crash into the highway barrier, despite that technology already being deployed on vehicles from other automakers, such as Chrysler, Honda, Mazda, Mitsubishi and Subaru.

The family argues Tesla and Caltrans are liable in Huang’s death and are seeking medical and hospital, funeral and burial expenses and other compensation in California Superior court