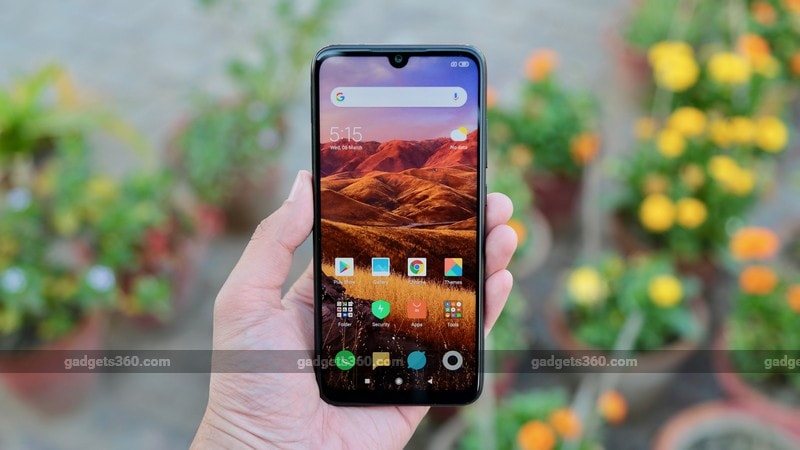 Xiaomi has revealed that the Redmi Note 7 Pro will not launch outside of China and India. Xiaomi’s Regional Director for Southeast Asia, John Chen vaguely announced that it’s a ‘product strategy’. The Redmi Note 7, on the other hand, has been launched in other countries, apart from India and China. India, particularly, has been a very important market for Xiaomi, where its growth has been phenomenal in the recent years.

Chen took to Facebook to make this announcement. He says, “As much as I would like to, I regret to inform everyone that Redmi Note 7 Pro ₹ 19,999.99 will NOT have the official international version releasing to countries other than China and India due to our product strategy. Nonetheless, our newly released Redmi Note 7 starting from THB 4999 or PHP 7990 is the best value for money smartphone with 48MP camera in the market. We welcome everyone to test and try out. We will be bringing more exciting new products with best value to you soon. Stay with us for more updates.”

Earlier this month, Xiaomi launched the Redmi Note 7 Pro in India, making it the first market to get the smartphone. It was later launched in China, and its India price starts Rs. 13,999 for the 4GB + 64GB variant, whereas the 6GB + 128GB version will be offered at Rs. 16,999. It is available in three colours – Neptune Blue, Nebula Red, and Space Black – via Mi.com, Flipkart, and Mi Home stores, with select offline retailers to follow.

Xiaomi looks to expand its offline presence in India by increasing its Mi Store to 5,0000 by the end of 2019. The Chinese giant, with 28.9 percent market share, led the Indian smartphone market in 2018, followed by South Korean brand Samsung at 22.4 percent and Vivo at 10 percent, according to the International Data Corporation (IDC) report.

The Redmi Note 7 Pro sports the same “Aura Design” as the Redmi Note 7 as well as the same 6.3-inch Full-HD+ screen with 19.5:9 aspect ratio and waterdrop-style notch (aka Dot Notch). Both front and back of the phone are covered by 2.5D curved Gorilla Glass 5 for added durability. The smartphone is powered by 11nm manufacturing process-based octa-core Qualcomm Snapdragon 675 SoC, coupled with 4GB/ 6GB of RAM, and 64GB/ 128GB of inbuilt storage with a microSD card slot (up to 256GB).

Among other specifications, the Redmi Note 7 Pro packs a dual camera setup on the back that includes a 48-megapixel primary sensor with f/1.79 lens and a 5-megapixel secondary depth sensor. The company has also added a number of artificial intelligence (AI) powered features in the camera app of the phone, including AI scene detection, AI Portrait 2.0, and Night mode. Additionally, there is a 13-megapixel front shooter on the phone as well as support for 4K video recording on the rear camera.

The phone runs on Android Pie-based MIUI 10 and the company says that it has added enhanced system optimisations in the Redmi Note 7 Pro, which, Xiaomi claims, provide 10 percent faster system responsiveness. It has also included a 4,000mAh battery with Quick Charge 4.0 support in the phone.

Further, you will get a rear fingerprint sensor, USB Type-C port, 3.5mm audio jack, and dual-SIM support (hybrid). In terms of the connectivity capabilities, the Redmi Note 7 Pro gets 4G LTE, Wi-Fi 5, Bluetooth 5.0, and Infrared.