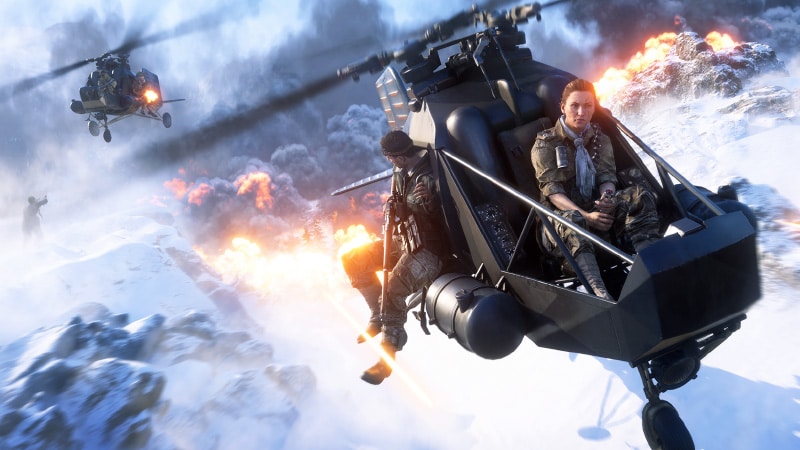 Firestorm is a 64-player battle royale

Because we couldn’t have enough battle royale games, Battlefield V’s Firestorm mode has finally gone live across all platforms, namely PC, PS4, and Xbox One. The new battle royale mode drops as a free add-on for everyone who picked up Battlefield V, and to make things sweeter, the game is currently available today at prices that are up to 50 percent off across platforms. So if you’ve been on the fence for picking up EA’s World War 2-based first person shooter, the new Firestorm mode combined with the discount would be two great reasons to hop on.

This deal has been announced by Battlefield’s official Twitter account. The tweet comes with a trailer showcasing the various areas of the Halvøy map, with the caption “Firestorm is live for all players. Get Battlefield V for up to 50 percent off, and let us know where you will drop first.”

For those who don’t know, Firestorm is a 64-player PvP (player vs player) battle royale mode, similar to what you may have seen in PUBG or Apex Legends. Just as in other Battle Royale games, players have to drop on the map from the sky, with each location presenting its own set of pros and cons that players can choose to master. Upon landing, you pick up weapons, armour and other resources from stockpiles or defeated enemies.

Interestingly, the Halvøy map is touted to be ten times larger than Hamada, which is the biggest map in Battlefield V. And since this is a Battlefield game, vehicular combat is obviously one of the big draws, and also a differentiator for the Firestorm mode. The game presents you with up to seventeen different vehicle types including cars, trucks, choppers and tanks.