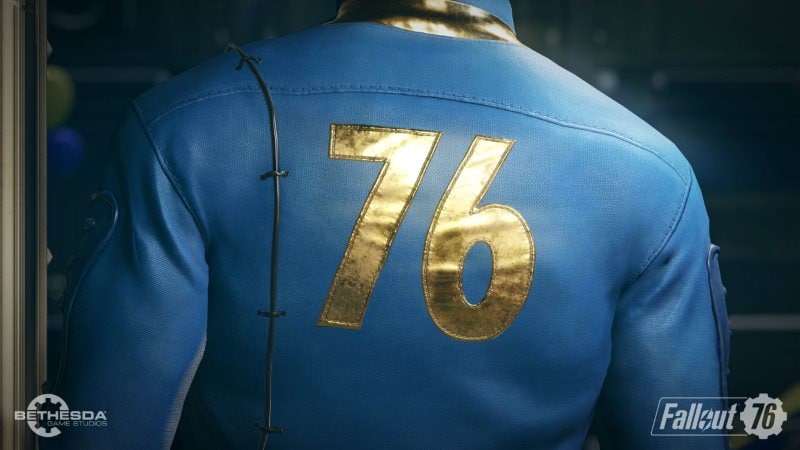 At QuakeCon 2018, Bethesda revealed more details about its upcoming game Fallout 76 – the online-only shared multiplayer experience that serves as a prequel to all other Fallout titles; available for pre-order and out November 14 on PC, PS4 and Xbox One – talking about perks, microtransactions, character customisation, and player versus player (PvP).

Perks in Fallout 76 are split into various categories including Strength, Perception, Endurance, Charisma, Intelligence, Agility, and Luck, which all together form the acronym S.P.E.C.I.A.L. In Fallout 76, they will be available as cards that you can apply to your character for certain buffs, with each card having its own point cost. You can see the full list over at VG247.

Fallout 76 will also drop card packs from time to time when you level up, which will contain some random cards. Interestingly, Bethesda won’t allow players to buy card packs with real money, so you don’t have to be worried about excessive use of microtransactions. New perk card packs will drop every two levels until level 10, and every five levels thereafter.

That brings us to character customisation, with Fallout 76 giving players lots of options to choose from when they first start the game. You can even change your character later on, per VG247, and take selfies thanks to a built-in photo mode. Mutations are also a part of Fallout 76, which affect your statistics and some even affect your appearance.

Player versus player (PvP) has been of concern for a subset of potential buyers, and Bethesda offered more details to quell those fears at QuakeCon. For one, players under level 5 can’t be killed in PvP. Two, players can’t engage PvP if you’re fighting a monster, which puts a pacifist flag on your character.

If a player kills another player who doesn’t wish to engage in PvP, a price will be put on the “murderer”, producer Todd Howard revealed on stage. They will be marked by a red star on the map, and they won’t be able to see anyone else on the map. Player can also take revenge on who killed them for double the reward.

Fallout 76, set to get a beta in October, will not be available via Steam on PC. Xbox One players will be the first to get hands on the beta, with others following.