Facebook on Tuesday said that advertisements will begin popping up on Messenger home screens globally after promising tests with users in Australia and Thailand.

“People will see Messenger ads in the home tab of their Messenger mobile app.”

Facebook enticed businesses to take advantage of a new tool for creating ads for Messenger, which it said is used by more than 1.2 billion people monthly.

The move promised Facebook an even larger bite of the digital advertising revenue pie.

Facebook quarterly profit in the first three months of this year surged as its ranks of monthly users swelled, but the firm warned of rising expenses and slowing revenue growth. 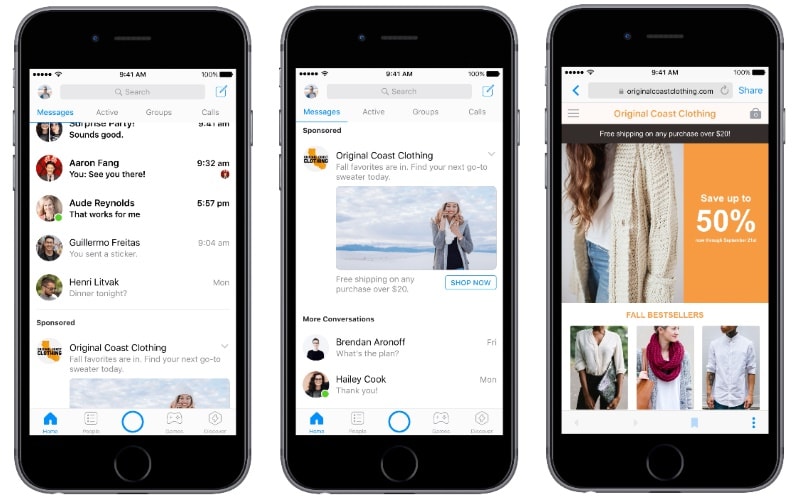 Facebook revenue growth was expected to throttle back “significantly” this year as the social network runs out of room to post ads, chief financial officer David Wehner said during an earnings call with analysts.

Meanwhile, expenses are expected to surge 40 percent to 50 percent compared with last year as Facebook invests in data centers, research and more, he said.

The world’s biggest social network and a powerhouse in online advertising, Facebook has been working to diversify its revenue base as it expands into new areas.

But advertising still accounts for the vast majority of revenues, with most of that money made from people connecting to the social network on smartphones or tablets.